Christmas Bonus: Towels Out The Window, a Variant


The following clipping comes from the Dundee Courier, dated 27th December 1900.  Although this is a fairly local paper to Glamis, the story seems  syndicated, hence the mention of  the Morning Leader. Note the variant in the tale:  other versions state that Lord Strathmore came home unexpectedly the same day and that the 'towels at the window' ruse did not extend overnight.  Note also the inference that the Bowes-Lyons appear to have been talking down the legend to the press, an effort at legend dampening which didn't in any way quash the growing body of folklore. 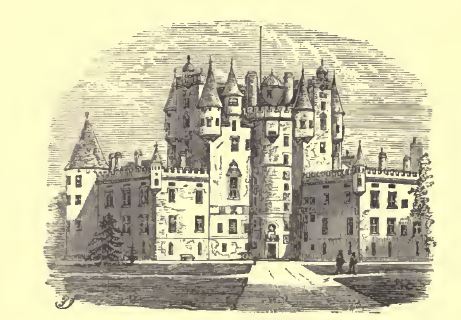 Christmas is the appropriate season to report on ghosts and chronicle their doings, and the Glamis ghost has always been one of the most interesting, socially and psychologically.  Therefore it may be a matter of disappointment to many to hear that the gloom which hung so long over Glamis Castle, in Forfarshire, has lifted.  Members of the family assert that it is now like an ordinary great Scottish house, and the wing from which sounds and groans were always said to issue is now in common use and normally quiet.
What the mystery was none ever knew except the owner, the steward, and the heir, who was told when he reached his majority.  The most generally believed in theory was of a monster – a kind of Frankenstein – kept hidden in the haunted wing of the castle, who presumably is now dead.  An attempt was made to penetrate this mystery some years ago, says the London Morning Leader, when, it is said, Lady Strathmore laughingly suggested to her guests one night at dinner that each one  should hang a towel out of his or her window the next morning, the inference being that the window which did not show one of these would be the window of the haunted room.  The next morning the towels were hung out, to the great annoyance of Lord Strathmore, who ordered the servants to take them in at once, and expressed himself severely on what he termed a breach of courtesy and hospitality.  The party broke up, and the mystery remained as great as before. 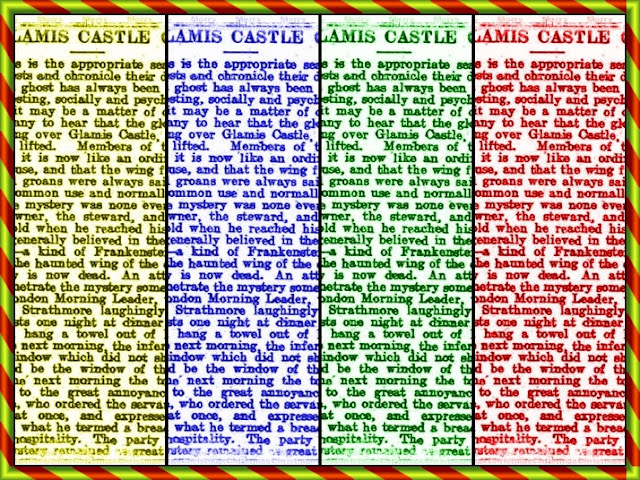