Who is Outis?  Quite literally, Nobody. 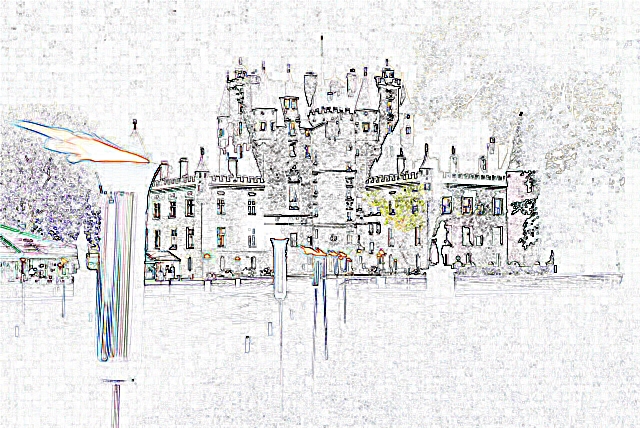 When  Odysseus was battling the Cyclops Polyphemus, and put out the monster’s eye, he said his name was ΟΥΤΙΣ, meaning ‘No-one’.  The other Cyclopes responded to the agonised shrieks of their compatriot and asked who had hurt him.  ‘No-one,’ he said, so they went off again and Odysseus escaped to fight another day.  ΟΥΤΙΣ has ever since been a handy pseudonym for someone who wished to be discreet about their true identity.  So, its English form of Outis was used as ‘Anon’ by the author of a piece about Glamis Castle which appeared in Notes and Queries in 1908.  The article is by no means original and contains nothing outside the 'norm' or Glamis legends, but its content is instructive to the extent by which it shows these tales had been crystallised by the very beginning of the 20th century and thereafter taken (and endlessly regurgitated) as 'fact'.


Many readers of ‘N. & Q.’ have doubtless heard of the ‘Mystery of Glamis.’  It was told to the present writer some sixty years ago, when he was a boy, and it made a great impression on him.  He heard the legend related quite recently, in nearly the same words.  The story was, and is, that in the Castle of Glamis, the celebrated old castle of the Earls of Strathmore, is a secret chamber.,  In this chamber is confined a monster, who is the rightful heir to the title and property, but who is so unpresentable that it is necessary to keep him out of sight and out of possession.  The secret is supposed to be known to three persons only – the Earl of Strathmore, his heir and the manager of the estate.  This terrible secret is said to have a depressing effect on the holder of the title (who, if the legend were exact, would not be in possession lawfully of either title or property) and on his heir. When the legend of my childhood was recently repeated in my hearing, I ventured to suggest that the Earl of Strathmore, at the time I heard the story, was about seventy years of age, and the reputed monster, in order to have a claim superior to his brother’s, must have been still older than the one who bore the title of Earl.  As in captivity the monster would have had difficulties in producing a legitimate monster to carry on the legend, it was improbable that there could now survive any imprisoned monster whose presence and claim would exercise a depressing effect on the present holder of the title.  This view, however, received little support from my audience, the general verdict being that the legend was so well-established and interesting that it was almost impious to attempt to explain it away. It was also advanced, as evidence against my view, that a member of the family had recently stated that the mystery was ‘the same as ever,’ and that, therefore, the monster must still exist.  Although nearly every one who has ever been to Glamis, and many who have never been there, are generally believed to be able to speak with authority regarding the monster, the family are known to discourage the many embroidered editions of the legend to which the public have held so pertinaciously, and they are in no way responsible for this long lived myth. On re-reading lately Sir Walter Scott’s ‘Letters on Demonology and Witchcraft,’ I came upon a passage in a letter written in 1830, which would seem to help to explain the Mystery of Glamis.  I sent this to ‘N. & Q.’ at the risk of being impeached for trying to spoil a good legend, which has long been popular public property. It will be borne in mind that, in addition to the monster, the salient points in the mystery are the secret chamber, and the secret known to only the holder of the title, his heir, and the third person – the family lawyer or manager.  Now this is what Sir Walter wrote on the subject nearly eighty years ago: ‘I have been myself at two periods of my life, distant from each other, engaged in scenes favourable to that degree of superstitious awe which my countrymen expressively call being eerie.’ ‘On the first of these occasions I was only nineteen or twenty years old, when I happened to pass a night in the magnificent old baronial Castle of Glamis, the hereditary seat of the Earls of Strathmore.  The hoary pile contains much in its appearance, and in the traditions connected with it, impressive to the imagination.  It was the scene of the murder of a Scottish King of great antiquity – not indeed the gracious Duncan, with whom the name naturally associates itself, but Malcolm the Second. It contains also a curious monument of the peril of feudal times, being a secret chamber, the entrance of which, by the law or custom of the family, must only be known to three persons at once, viz. the Earl of Strathmore, his heir apparent, and any third person they may take into their confidence.  The extreme antiquity of the building is vouched by the thickness of the walls, and the wild and straggling arrangement of the accommodation within doors.’ Thus we have here the greater part of the legend as popular with the public – the mystery; the secret chamber known only to the Earl, his heir, and a third person taken into confidence; and the secret preserved from generation to generation by the law or custom of the family.  The monster does not, indeed, find a place in Sir Walter Scott’s account, but this may have been provided later by some one with the aid of superstitious awe called ‘being eerie,’ in the place so favourable thereto. The chamber, like that known in one or two other ancient buildings, probably led to a secret exit, to be used as a means of escape in case of danger.  The thickness of the walls, and the arrangement of the accommodation as described, would much favour the provision of such a secret chamber and passage.  And if existing conditions be as suggested, then a member of the family may with perfect accuracy have recently assured an inquirer that the Mystery of Glamis was now even the same as ever. 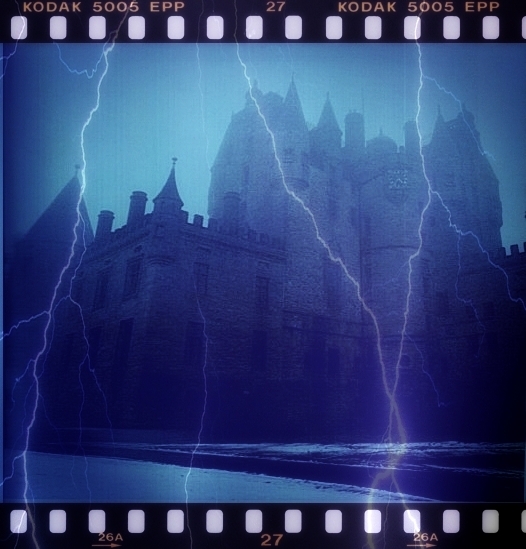