Some readers may find the following humorous story about a ghost a Glamis Castle slightly familiar.  I will explain afterwards.  The quote comes from a book named A Pelican's Tale, and is the autobiography of Edinburgh-born Frank M. Boyd.  It was published in London in 1919. 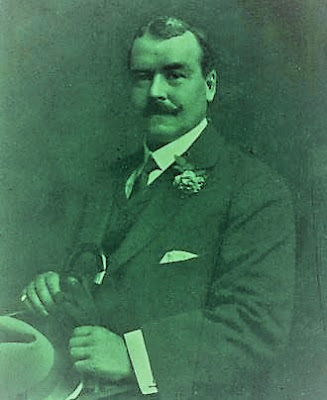 Whether there is or is not a ghost at Glamis, I am not in a position to say, nor do I know of my own knowledge whether Lord Strathmore or his family attach serious consequence to the mysterious visitor, but I do remember hearing a very well-known Scottish cleric tell of an occasion when he was staying at Glamis, and one morning at breakfast the subject of the celebrated secret room cropped up in conversation. Lord Strathmore, who certainly did not appear to regard the matter as one of special consequence, told the following little story of an eminent church dignitary who had stayed at the Castle some years previously.

He was, it seemed, a fine example of the clerical beggar, and was always collecting money for church building and other good works of the kind. One night during his stay, he had just put out the light and got into bed, when suddenly the ghost appeared. It was from its apparel, he said, undoubtedly a Strathmore of some centuries back. With great presence of mind the clergyman took the first word. Addressing the ghost he stated that he was most anxious to raise a certain sum of money for a new church which he proposed to erect; that he had a bad cold and could not well get out of bed; but that his collecting book lay on the dressing-table within easy reach of the ghost, and that he would be extremely obliged if his visitor would favour him with a contribution.

The ghost said nothing at all in reply, but clearly betrayed the embarrassment he felt. Being a gentleman he was obviously most desirous of complying with the clergyman's request, but being likewise a ghost, he had no pockets about him and no money. After a painful pause, realising that the position was one of extreme delicacy and difficulty for him, the ghost shamefacedly faded away, and has never come back any more! (A Pelican's Tale, pp. 205-6) 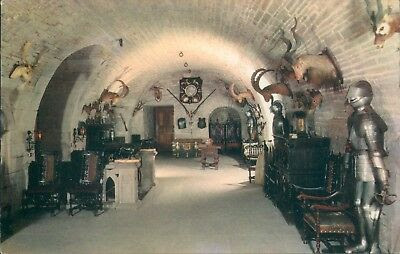 The story in fact first appears in the book named Twenty-Five Years of St Andrews (1892).  The fact that the author of the latter is A. K. H. Boyd is relevant because he was Frank Boyd's father.  Frank has lifted the tale, without reference or credit, directly from Boyd senior's work, which raises eyebrows! No many authors, I would imagine, have plagiarised their own fathers.

In the end, therefore, we have another secondhand Glamis ghost tale.  The search for original material goes on!

The quote from Twenty-Five Years at St Andrews can be read in the post here. 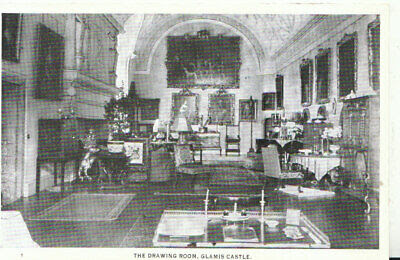